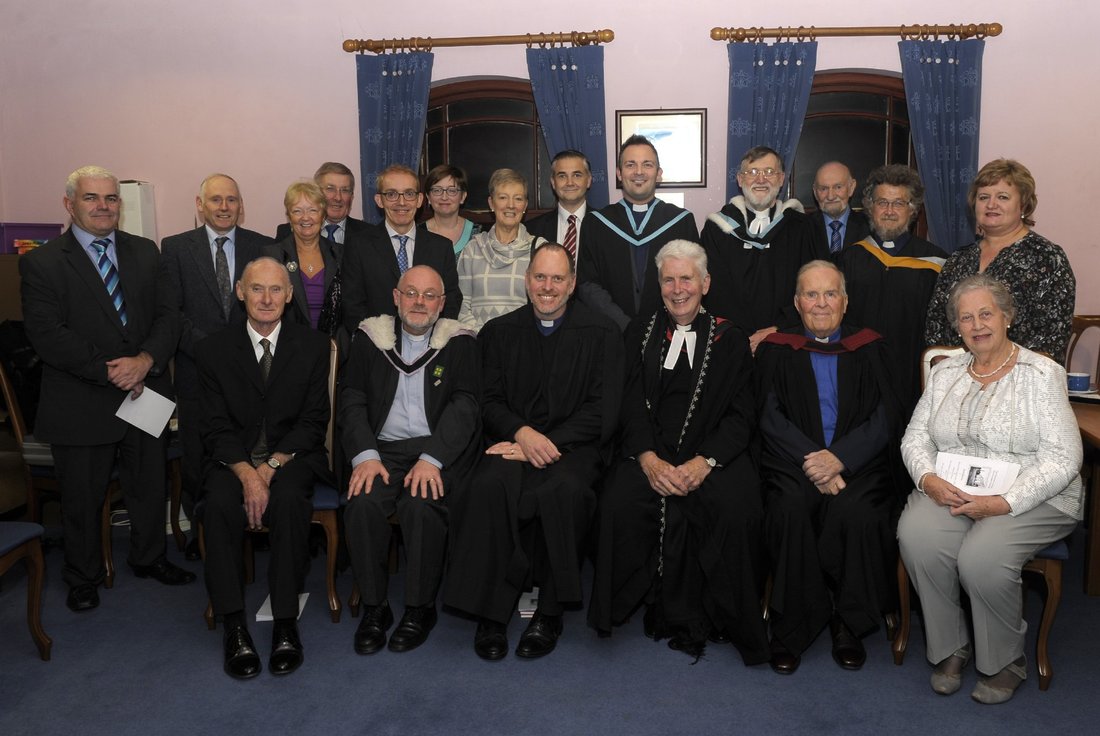 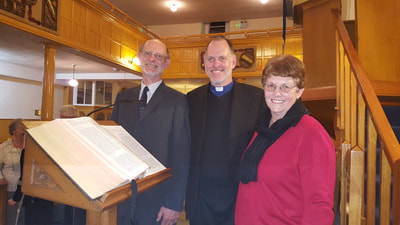 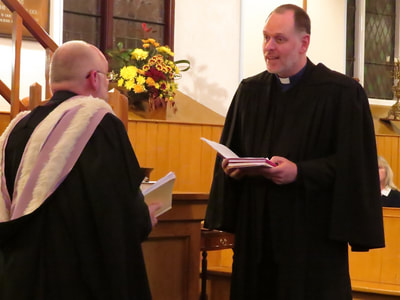 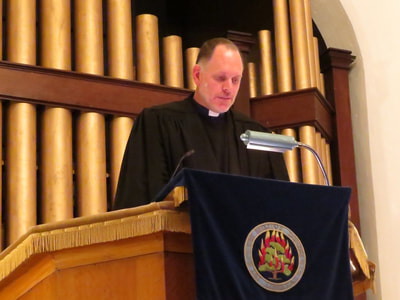 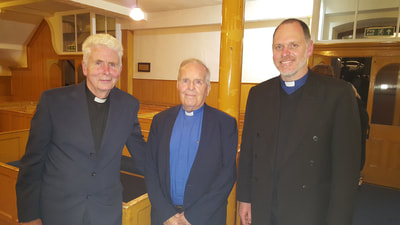 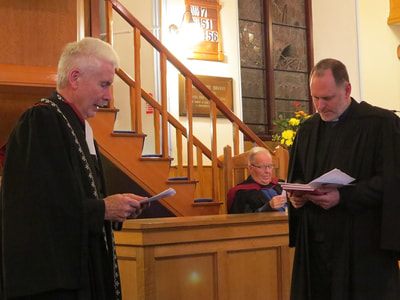 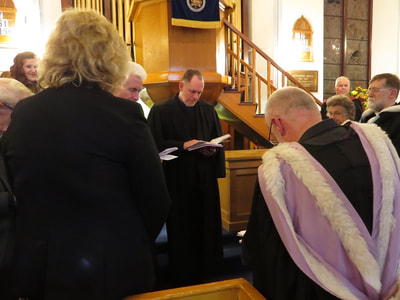 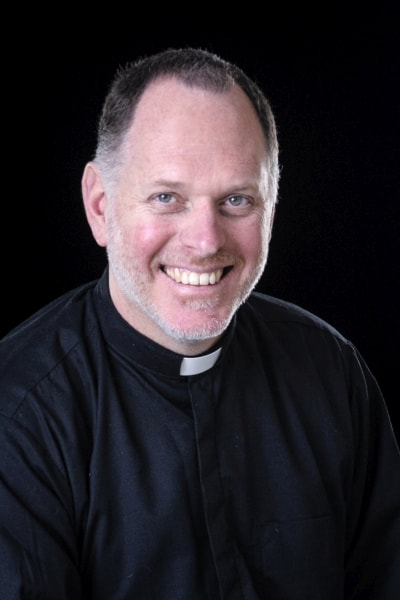 I mostly enjoyed school both in the classroom and on the sports field. I had great ambitions of being a sports star, but apart from early successes on the athletics track at primary school as a sprinter, my sporting talent on the whole didn't match up to my levels of ambition. It was my younger brother, Wesley, who had the real sporting talent which took him through to win the Tokyo Tennis Open and the Wimbledon Doubles titles in 2005. I was quite good at art, but my artistic talents were surpassed by my older brother Keith who went on to become a graphic designer. Clearly I must have got the good looks!

By the time I was a teenager, my interest in music had eclipsed my interest in sport and I had great aspirations of being a famous rock guitarist. It was my mom who helped spark my musical interest when she volunteered me to audition as a drummer for our church's contemporary worship team for evening services. It was from this time onward that my interest in church began to grow, despite my earlier boredom at Sunday School. By the age of 16 I had already begun to feel a sense of calling into ministry inspired by the warmth and depth of our local minister and preacher.

By the age of 18 I took my first steps towards becoming accredited as a Methodist lay preacher, and two years later, after starting a diploma in music, I changed course to study theology and also to serve as part-time youth pastor at our local Methodist Church. Being a rather quiet and shy person, I didn't feel that I had the skills and personality to be a youth pastor, but supported by older members of the church, I spent four of my most meaningful years of ministry working with teenagers, some of whom I remain in contact with over Facebook. I realised that what most teens want is simply for someone to show a genuine interest in their lives enabling them to begin to flourish on their own.

Studying theology at a time when South Africa was going through its (not always) peaceful transition to democracy was very challenging as I became aware how, despite the courageous witness of a few key Christian leaders, the Church as a whole had been quietly complicit in its support of Apartheid. I felt inspired to want to make a difference and contribute to the new South Africa that was being born. As a result, four of my early years in ministry were spent in African townships in the Johannesburg area, bringing me face to face with levels of poverty that I had never been directly exposed to before. It was a deeply meaningful time of ministry for me but it also left me questioning easy talk of the providence of God by Christians living in abundance, and wondering about the meaningfulness of my prayers for congregation members who asked me to pray that they find a job in a situation in which the economy was stacked against them.

I still struggle with such matters and often question myself as a follower of Christ, but I have also learned that there is a grace that holds me as I continue to seek to be a disciple of Jesus.

Having grown up in a country populated with Hindu temples, Muslim Mosques, Jewish Synagogues, as well as African traditional religious practices, I had to wrestle in my theological studies with questions raised by life in a multi-faith society. I began to realise that God is much bigger than I had first imagined, and that the Church was not always a pure representative of God's light and grace in the world. While holding onto the teachings and values of Jesus I felt increasingly uncomfortable with the doctrinal expectations that I was expected to conform to as a Methodist minister. The Church graciously approved my secondment to work as tutor in an ecumenical theological college serving several denominations which provided an opportunity to work in a more open theological environment but after a few years I felt that I needed to resign as a minister of the Methodist Church.

My break from full-time ministry over the past few years has allowed me to refresh myself spiritually and to work through theological issues which have to be faced in ministry. Although I was not in congregational ministry I was grateful for the opportunity over this period to engage in ministry to people who are mostly unchurched and often of no religious affiliation through conducting weddings, funerals, leading silent retreats and doing some counselling. It was also in these years following my resignation from Methodist ministry that I met and married Wendy, who has been a wonderful gift and with whom we share an enriching relationship.

Looking back over my years in ministry, it has been a privilege to serve pastorally in various settings including a small rural town in a farming community and a large middle class suburban church, in addition to the impoverished African townships that I have already referred to. I have grown from a variety of worship styles including formal Anglican liturgy, Methodist four hymns, prayers and a sermon, to leading contemporary worship on guitar as well as learning to move rhythmically to the beat of African hymn singing. It has been an enriching experience to work with people of such different kinds and from such varied backgrounds. It has been a special privilege to journey with people through times of celebration at the birth of a child and the union of marriage, to sitting with people struggling through life crises, to ministering to people in hospital and leading families in remembering and honouring the life of loved ones who have died.

Becoming a part of the Non-Subscribing Presbyterian Church of Ireland since October 2017 has been a wonderful blessing. It is an enormous gift being part of the non-creedal, non-subscribing tradition of the NSPCI where space is given for members and ministers to search the Scriptures of the Old and new Testament for themselves, to form their own opinions with regard to what they teach, to follow their own conscience in matters of faith and to exercise the right of private judgement.

In my preaching and ministry I seek to wrestle with scripture, in the light of reason, both in terms of what it meant to its original hearers and readers, but also in terms of what is might mean for us today.  In all things, my desire is to help those listening to gain fresh insight and fresh perspectives that will inspire them to want to live more and more in harmony with the spirit of Jesus and the Love of God for all people.